Linear model are not always given in a nice slope-intercept form. If they were, it would be easy to read the slope and y-intercept off the y = mx + b form. In the example below, you are given a linear model in general form, ax + by = c. However, the letters are p and x instead of x and y.

Problem The percent p of high school seniors using marijuana daily can be related to x, the number of years after 1990, by the equation 30p – 19x = 30.

a. Find the x-intercept of the graph of this function.

b. Find and interpret the p-intercept of the graph of this function.

Since x corresponds to years after 1990, this tells us that in 1990 the percentage of seniors using marijuana daily was 1%.

c. Graph this function, using the intercepts. What values of x on the graph represent the years 1990 and after?

Solution Put the two points we have found on a graph. Since 1990 and beyond correspond to x values 0 and above, a better viewing window would be one like we see below. Notice that with each axis labeled, it makes more sense to use non-negative x values ( 0 and greater).

d. Use this model to determine the slope of the graph of this function if x is the independent variable.

Solution We could use the points we found earlier to calculate the slope, but it is easier to change the equation into slope-intercept form and read off the slope. To do this, we’ll need to solve 30p – 19x = 30 for p:

Since this is in the slope-intercept form p = mx + b, the slope is 19/30 or approximately 0.63. The line we drew above also makes sense since it has a positive slope and a vertical intercept of 1.

e. What is the rate of change of the percent of high school seniors using marijuana each year?

Solution The rate of change is the slope, with the appropriate units attached. In this case, the units are

So the percent of students using marijuana is rising at a rate of 19/30 percent per year. Since 19/30 is approximately .63, this means that each year the percentage increased by about .63%.

Interpreting this model means we examined the intercepts and their meaning as well as the slope and what it tells us about the percent using marijuana and the years since 1990.

Below are some problems that students solved on the board in previous semesters. All of them start from the slope-intercept form of a line and require you to find the slope m from two points and then solve for b. Click on the pictures to see a larger version.

Problem The percent p of adults who smoke cigarettes can be modeled by a linear equations p = mt + b, where t is the number of years after 1960. If two points on the graph of this function are (25, 30.7) and (50, 18.1), write the linear equation of this application. b. What is the average rate of change in the number of women in the workforce during this time period?

c. Use the slope from part a and the number of million of women in the workforce in 1950 to write the equation of the line.

Click on either picture to see a larger version. 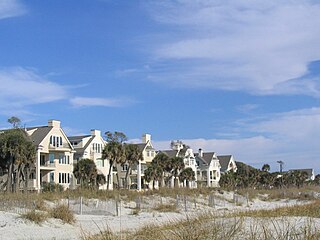 Let’s look at the most basic example that illustrates this process.

Now substitute the point into the line by setting x = 4 and y = -6. This leads to

Using this value for b in the slope-intercept form above give the line y = –3/4 x -3. The answer to the problem is the equation of the line with the appropriate values for m and b.

Now let’s complicate matters a bit by finding the equation of a line passing through two points.

The slope through the points is

Substitute the slope into the slope-intercept form to give

Now take one of the points and substitute it into this equation. Using the ordered pair (2, 6), we can solve for b:

In both of these examples we applied the same strategy of putting in the slope m and then solving for the intercept b.

Now let’s look at a problem whose wording might throw you off.

Don’t let the fact that they talk about intercepts throw you off the strategy. These intercepts can be written as ordered pairs (-5, 0) and (0, 4). The slope between these points is

This leads to the line

This problem is even easier since the y intercept was given to us. In each case we can start from y = mx + b and then find the value of m and b.