You can recognize the limits by what happens when you substitute the value x approaches into the expression. If it gives 0/0, there is algebra that you can do to find the exact value of the limit.

In the first two examples, the expression may be factored and simplified…then you can substitute the value for x. In the next two examples, the fractions in the numerator must be combined before the fraction may be simplified.

The next two examples are designed to throw you off. When you substitute the value into the expression, you do not get 0/0. This means you need to use a table or graph to get the limit. The next two examples show how to rationalize the numerator to do a limit. 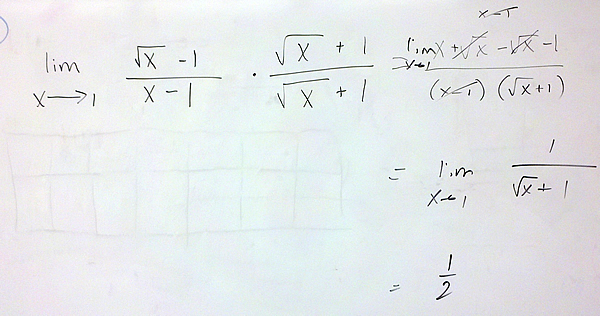 This example may be done two different ways as the next two boards demonstrate. The last part of Section 10.3 asks you to compute several different difference quotients. Some of the problems ask you to compute

where f(x) and a are given to you in the problem. Here are a few examples from the board.

The board above contains a mistake…do you see where this group made a mistake? In the examples below, you are asked to compute a difference quotient containing x instead of a. By the way, the correct solution to the first problem is below.

In this original calculation, f(a+h) and f(a) where switched. 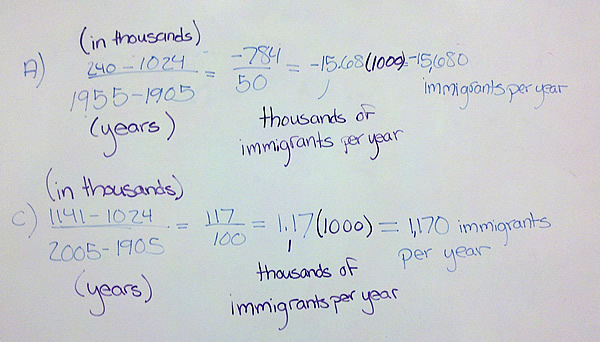