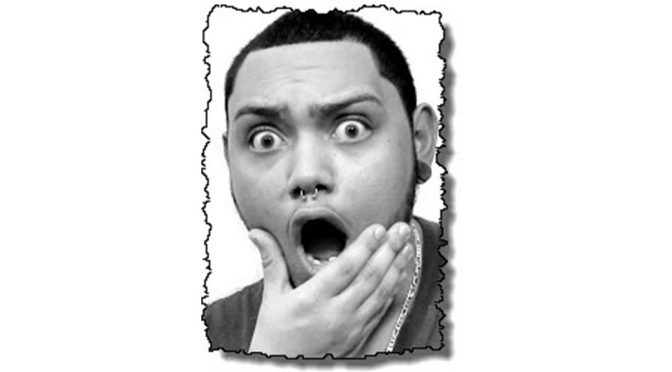 Can you imagine the horror on the faces of my students when I tell them that they will work with other students in my class? What is even worse, they will be graded on this work? And it is a large portion of their overall grade in the class! The horror!

On the surface you might think of a math class as a course ripe for teaching by lecture format. There are a lot of concepts to get through and many examples to see worked out. Without my brilliant lectures, how on earth are they to succeed in such a demanding course?

The problem with having students work together is that this approach has a PR problem. Many student have been forced to work in groups before and often it has left a bad taste in their mouth. Why do group work to solve a problem that you can do individually? What is to be gained? Students who work in groups often fear the weak link. Someone in the group will not pull their weight and this influence will drag the entire group down.

Mention the words group work and the uphill climb begins. It is best to avoid the word group and use a word that better reflects the task as well as my expectations. A recent Faculty Focus post suggests several possibilities, but what word to use? Perhaps a dictionary (dictionary.com) can help me:

Referring to students who work together as a group simply acknowledges that they are assigned to work on the same problemmaybe even together. But it does not reflect my desire to have them learn from each other and that this interaction can be just as powerful as the student-teacher interaction.

cooperate1. working or acting together willingly for a common purpose or benefit.

I like the idea of common purpose or benefit. But on its own, this adjective does not define what that purpose is. Maybe calling the groups learning cooperatives or problem cooperatives help give meaning to the common purpose. Certainly the term cooperative learning has been embraced by the teaching community, but is this a term students will readily embrace?

This term is very similar to cooperate, but comes with its own baggage as illustrated by the second definition. However, the term collaborative learning is used to describe a process by which students and faculty work together to construct knowledge. Like cooperative learning, this does not seem to be a term students would readily embrace. It emphasizes a relationship in the student-faculty relationship instead of the student-student relationship.

So what term do I use?

The idea of a team has the same cooperative nature as the other terms. It also has the advantage of being very familiar to students. Every student can name their favorite teams and many have been on sporting teams. The idea of working together so that the joint effort is better than any of the individuals effort is implicit in the word team. This is a key point I make when I form the teams in a class. I dislike the idea of a term that is associated with competition as in football team. But this notion can be used to an advantage.

Professional teams are not thrown together randomly. I explain the process I use to gather information about each student and then use that information to select teammates that compliments each other. Some may be quarterbacks, linemen, receivers, or defensive backs. Each team member has a role to play and by working together, they can be better than any one team member. I make a big point of explaining that a team of quarterbacks is a recipe for disaster and randomly selecting students can result in team like this.

At every chance, I try to use the term team and sports related analogies to describe what they do. The students are referred to by team and the work they do as teamwork. When I use team instead of group, it sets up an entirely different set of expectations related to sports. I become more of a coach instead of a teacher. In solving problems I provide guidance like a coach, but I am not on the field. There is an acknowledgement that a relationship exists with a coach, but the action occurs on the field between the players.

When I introduced this terminology several semesters ago, I discovered that students were willing to engage in a classroom where they worked together on problems and projects. Although drafting the team members is a time consuming task, it enriches much of the teaching and learning that occurs in the rest of the semester. In later posts I elaborate on these advantages and a few disadvantages.